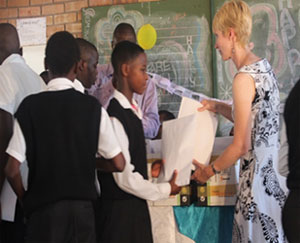 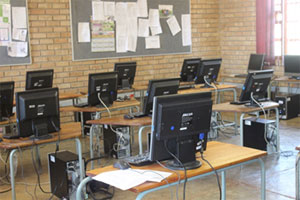 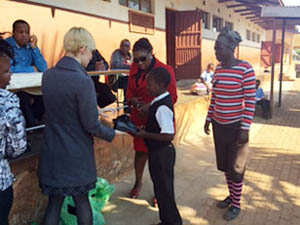 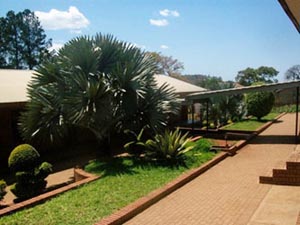 This year, ITWeb selected a charity supported by Tshifhiwa Ramuthaga, the 2014 winner of the Visionary CIO award. For Tshifhiwa, this is where her journey began, and she would like Matangari Primary School to use the funds raised at the event for a library.
Matangari Primary School is located at Matangari Tshitakani in the Limpopo Province. The school is about 25km from Thohoyandou town.

The school was established in 1921 and the first classrooms were built with mud and bricks, and learners were taught in multi-grades. In 1960, four modern classrooms were built. Today, the school has 550 learners from Grade R to Grade 7, and 14 educators. There are 22 modern classrooms, a computer lab, boreholes with running water, and the school has its own security. Matangari Primary School has produced doctors, engineers, principals and teachers, and in 2015, it became the champ of champs in an English drama contest.

Mr MC Daba was an icon of the school and principal at Matangari from 1983 until 2012. He inspired the teachers and learners to work hard, and he put the school on the map - even today, the school is the pride of the circuit, district and the province. MC Daba taught all six siblings in Tshifhiwa's family. According to Tshifhiwa, he instilled in her the desire to be great. The new library will be named after this charismatic and visionary leader.

Telkom Business is a division of the Telkom Group organisation. We exist to serve the South African and African corporate; government and SME markets. Our passion is to seamlessly connect every business towards a digital future. Our solutions are offered end to end – ensuring that your business benefits from every economy of scale and superior service quality. Our solutions are customised by taking into consideration the role of the relevant technology trends; such as: fixed mobile convergence; mobility; machine to machine ; big data; Wi-Fi; broadband; LAN; WAN; cloud computing; Unified Communications; Digital and social media and others. Migrate your business into the digital future – contact Telkom Business today!

AfriSam is a leading supplier of superior quality construction materials and technical solutions in southern Africa. Our cement, readymix concrete and aggregate materials have been making significant contributions to infrastructure development on the continent over the last 80 years. For more information, please visit www.afrisam.co.za

Dimension Data accelerates clients' ambitions by delivering ICT solutions and services that enable, operate, and transform their businesses. Focus areas include IT-as-a-service, IT outsourcing, Systems integration services, Communications, End-user computing, the network as the platform, next generation data centre and applications services.
The company was founded in 1983, in Johannesburg, South Africa.
Dimension Data employs over 28,000 highly skilled employees and has over 6,000 clients in 58 countries. The company delivers services in a further 114 countries through our Preferred Partner Programme.
Dimension Data is a wholly owned subsidiary of the NTT Group.
For more information, please visit www.dimensiondata.com/en-ZA/

Oracle offers a comprehensive and fully integrated stack of cloud applications, platform services, and engineered systems. With more than 400,000 customers - including 100 of the Fortune 100 - in more than 145 countries, Oracle provides a complete technology stack both in the cloud and in the data center. Oracle's industry-leading cloud-based and on-premises solutions give customers complete deployment flexibility and unmatched benefits including application integration, advanced security, high availability, scalability, energy efficiency, powerful performance, and low total cost of ownership. For more information about Oracle (NYSE:ORCL)

Project Isizwe is a non-profit organisation, which aims to bring the Internet to across South Africa, by facilitating the rollout of Free WiFi for public spaces in low-income communities.
For more information, please visit projectisizwe.org

Raizcorp has created "ProsperationTM" - its own unique, world-renowned model of business incubation. Founded in 2000, Raizcorp has become Africa's premier business incubator model. Through a rigorous selection process, programmes are targeted to those with the highest potential to succeed. Once selected, the entrepreneurs are exposed to a high-touch support programme that continues to produce excellent results. In association with the Da Vinci Institute, Raizcorp operates as a faculty of entrepreneurship, offering entrepreneurial learning approved by the Council on Higher Education (CHE). Raizcorp is the first business support organisation in Africa to be recognised as a Centre of Excellence by the Small Firms Enterprise Development Initiative (SFEDI), the UK government-approved standards setting body for entrepreneurial development. Raizcorp works with entrepreneurs, corporates, and governments around the globe in order to support entrepreneurial development strategies and initiatives.

Teraco is the only provider of vendor neutral data environments in Southern Africa. Clients benefit from the cost savings and improved resilience of securely housing their information systems and networking equipment in a colocation facility purpose-built and operated to global best practice by an expert organisation with an absolute focus on data centre technology and infrastructure.
For more information, please visit www.teraco.co.za 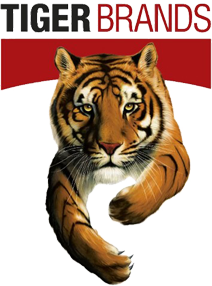 Tiger Brands Limited, a Top 40 JSE Limited company whose footprint extends across the African continent and beyond, is one of the largest manufacturers and marketers of FMCG products in Southern Africa, and has been for several decades.
Tiger Brands has been built over many decades through the acquisition and clustering of businesses spanning food, home and personal care brands as well as baby products. It's success is grown and maintained through the perpetual renovation and innovation of its brands, while its approach to expansion, acquisitions and joint ventures has given traction to a distribution network that now spans more than 22 African countries.
Tiger Brands is a world-class operation - and will continue to hold and grow its position through constant investment in every asset of the business, be it in people, brands, technology, efficiency, quality or sustainability.
For more information, please visit www.tigerbrands.com

Vumatel makes FTTH a reality in South Africa. Vumatel supplies affordable high-speed broadband capable of 1 Gbps to every home. The network is operated on an open access basis so any accredited service provider can reach its customers. For more information, please visit www.vumatel.co.za