UiPath is leading the “Automation First” era – championing one robot for every person, delivering free and open training and collaboration and enabling robots to learn new skills through AI and machine learning. Led by a commitment to bring digital era skills to more than a million people, the company’s enterprise Robotic Process Automation (RPA) platform has already automated millions of repetitive, mind-numbing tasks for business and government organisations all over the world, improving productivity, customer experience and employee job satisfaction.

How business process automation can be biased 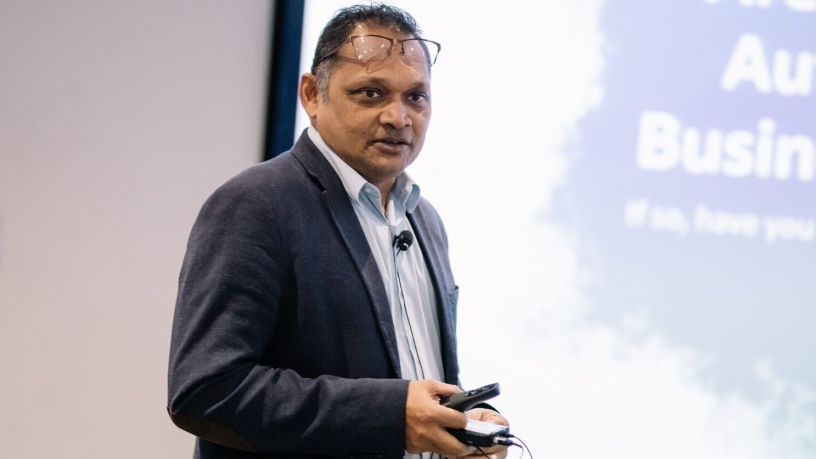 Cognitive biases of technology can be one of the biggest challenges encountered by organisations when deploying business process automation (BPA) solutions across digital platforms.

So said Herman Singh, founder and CEO of strategy advisory company Future Advisory, during a keynote presentation at ITWeb BPM and Automation Summit 2019 in Johannesburg yesterday.

Discussing the opportunities and challenges of business process management (BPM) within an organisation, Singh explained that bias associated with computerised decision support technologies can be a big setback.

"If you take a bot and replicate exactly what employees do, all their actions will get programmed into the system and if there is a bias in people's habits even that will be programmed into the processes. Often times, the business analyst may not know what should be in or out and everything gets programmed."

This, he continued, is often referred to as "business rule biases" which are sometimes part of recruitment processes, where every applicant is required to meet a certain qualification criteria. Within banks this can be applied in loan applications, where clients are red-lined or expected to be of a certain classification before they are granted a loan.

"So what happens if a recruitment candidate doesn't have a matric certificate but they have another equivalent certificate? If you teach technology to create a certain zone around people, without considering the grey areas, there will be huge challenges where certain humans will be favoured over others."

Some systems can be biased towards certain races, certain genders, certain age brackets; these are all things which are either in the business rules within a company policy, or it may be typical employee behaviour, he added.

"However, whatever the employee has been doing will get replicated, mapped and modelled into the automated process."

While businesses have been automating for decades, oftentimes their automation initiatives have existed in disparate systems, creating "islands of automation", continued Singh.

"So many organisations would have a human resources system, a finance system, a procurement system which embeds automation only for the high volume processes. This meant organisations were missing out on the overall benefits of automation.

"Business process automation, on the other hand, adds much value in aligning the various systems and adding improved quality and reliability, reduced costs, fraud detection and employee motivation."

This can oftentimes pose a challenge as some of these systems were never designed to be integrated and aligned, which becomes an additional change that businesses encounter in their BPM journeys.

"Implementing BPA can be a complex journey because organisations have to manually analyse how certain tasks were previously performed, which is quite time-consuming. Once they've made this analysis, they have to manage the change of implementing these digital platforms, while also raising the level at which employees are operating, to help them focus more on their thinking and creative ability."

Security is another challenge often faced by organisations in implementing BPA, he explained.

"A bot is a digital twin of a human being because they are doing everything a human being can do, therefore you have to ensure you identify and escalate any error made. A robot doesn't know when it's making an error, and this can sometimes damage the IT systems. Also, extra security measures should be taken to protect customer and organisation data."