What makes an extraordinary CIO? 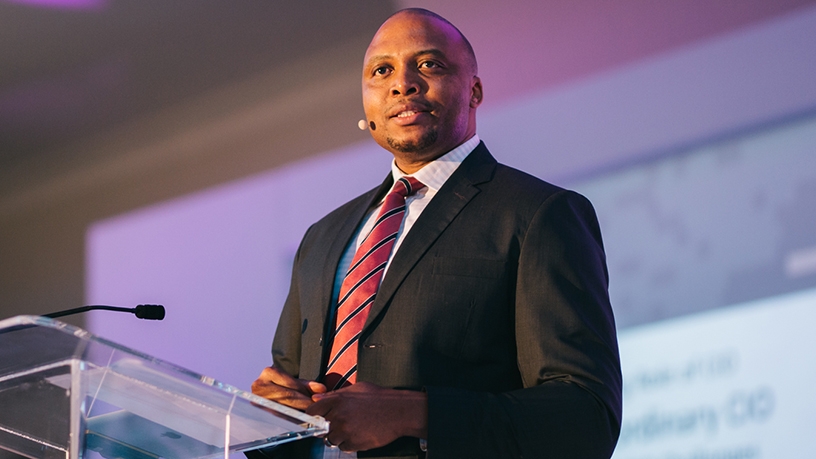 Sello Mmakau, CIO of the Financial Sector Conduct Authority, has laid out what it takes to be an extraordinary CIO.

Speaking at a banquet to launch this year's ITWeb Brainstorm CIO Survey in Sandton last night, he said the CIO's role has changed from that of an operational executive who oversees the IT department charged with ‘keeping the lights on' in an organisation, to one of business transformation executive.

He said the CIO is now often involved in crafting the company's business and operating models.

"The business is crying for someone with a tech background to run the company," he said, and we are increasingly seeing CIOs "jumping into" the CEO role.

Before Mmakau joined the Financial Sector Conduct Authority this year, he was CIO of the Airports Company of South Africa, at which he started in 2014.

He previously spent six years as CIO of the Department of Home Affairs, where he oversaw the rollout of the smart ID system and the modernisation of the department's back-end systems. Mmakau also worked at the Department of Health, SITA and Sasol.

Mmakau ran through a list of five qualities he believes an extraordinary CIO should possess, the first of which is entrepreneurial skills, which includes taking risks and being competitive. It also involves leading innovation in their companies and understanding what drives profitability and cash flow.

"The next quality you need is being decisive and authentic. Leaders must not delay or avoid decisions."

He said extraordinary CIOs are also early adopters of technology to achieve a first-mover advantage and build a product or an application ahead of their competitors. "The sooner you start experimenting with unknown technologies, the better."

Mmakau suggested the successful CIO would have a measure of political savvy.

"You must be political without being a politician," he noted, adding that a main reason why CIOs leave organisations is their inability to manage relationships and navigate corporate politics.

The last important quality is being able to be an effective storyteller.

"Your superior communication and interpersonal skills will set you apart from other CIOs. I have seen CIOs been given a chance to deliver a presentation to the board, and they mess up that one chance.

"They need to have skills to establish strong relationships with their own team, and internal and external stakeholders. They don't only listen with their ears, but with their eyes and heart. The storyteller is not the hero; the audience is the hero."

Mmakau also listed some challenges facing CIOs, including crafting an effective cyber security strategy and attracting top talent to the workforce. Changing culture is vital, he said, and is one of the most important enablers of digital transformation. Culture is the "operating system of the organisation".

"Without people, tools will make little difference. Cultural change must be addressed before digital transformation can begin."

He commented that many CIOs forget they are only as good as their last project.

"As an extraordinary CIO, you need to give up the need to be liked. Just focus on the business of the day, the customer, and increasing profitability.

"The biggest mistake in life is trying to satisfy everybody. As they say, you can be the ripest, freshest and most beautiful peach in the world, but there'll still be people who don't like peaches."