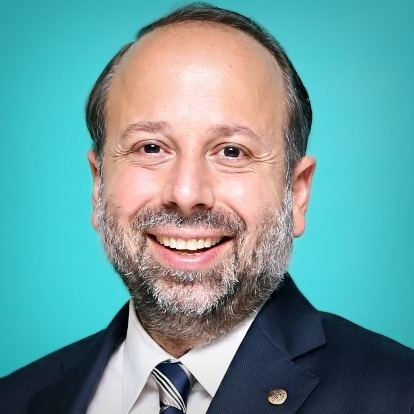 Onur Bucukoglu is a member of IBM Cloud & Cognitive Software Leadership team as the director of Hybrid Cloud Integration Software for Middle East & Africa with responsibility spanning over 70 countries.

He joined IBM in 1997 and moved to the US after one-and-a-half years of service to pursue his graduate studies. After returning back to Turkey and upon completion of his compulsory military service in the Turkish Army, he rejoined IBM as a Tivoli sales specialist where he achieved either double or triple digit sales growth on top of market growth forf5 consecutive years gaining significant market share against key competitors.

In January 2008, Bucukoglu joined IBM Software Group Leadership Team for Southwest Europe with its headquarters located in Madrid. As the youngest employee at the time on an International Assignment out of IBM Turkey, Bucukoglu carried out critical leadership roles leading and successfully transforming the Tivoli SME/Channel and Tivoli Maximo sales teams covering major and complex markets such as France, Italy, Spain, Belgium, Netherlands, Luxembourg, Portugal and Greece in the midst of 2008 financial crisis where each and every business across all industries suffered.

In January 2010, joined IBM Software Group Leadership Team for Central & Eastern Europe with its headquarters located in Prague, Czech Republic where he was ultimately covering 30 growth markets in Central & Eastern Europe to include Turkey, Russia and the Commonwealth of Independent States as the Business Unit Executive for Tivoli Software achieving four consecutive years of stable sales growth in a slowing down challenging economic climate.

In October 2013, after almost six years on International Assignment, Bucukoglu returned to Turkey as the enterprise sales unit manager overseeing the vast territory outside of the Istanbul metro area achieving two consecutive years of record performance with a healthy double digit growth across all IBM brands in enterprise and midmarket client segments independently despite slowdown in Turkish economy.

In January 2016, he joined IBM Cloud & Cognitive Software Leadership Team for Middle East & Africa with its headquarters located in Dubai as the Director of Hybrid Cloud Integration Software where he leads a truly international large team with a mix of sales, marketing and technical job roles.

Onur Bucukoglu will be speaking on the following topic: