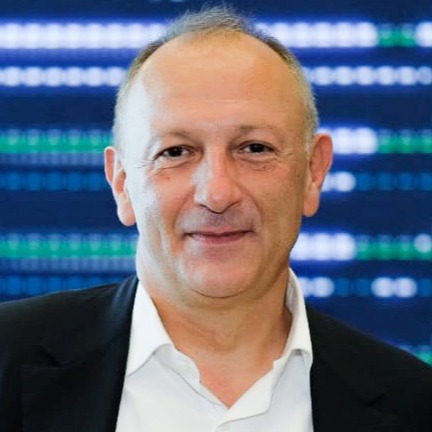 Don’t let his elegant French accent fool you. Even though Stephane Duproz is based in France, he is a son of Africa. Born and raised in Madagascar, he has returned to the continent every year since relocating to France. This passion never left Stephane, so when the opportunity to lead an African company in the data centre space arrived, he jumped at it.

Stephane is a highly experienced and renowned technology executive. His time in the data centre sector alone tops 20 years, 14 of which were spent at TelecityGroup. Before joining Africa Data Centres as its Chief Executive Officer, Stephane worked at Global Switch. Here he served as Group Director for Europe and was Managing Director of its French subsidiary. During this tenure, Stephane established Global Switch as the more profitable data centre operator in France. If further accolades are needed to establish his cachet, Stephane served as Chairman of the Board for the European Data Centre Association and acted as Vice President Member of the French Data Centre Association.

Given these credentials, why did he make the jump to a data centre company on the southern point of Africa? It’s a reflection of two things: Stephane’s passion for Africa and the unrivalled potential he sees in digital connectivity. Africans have been held back from their potential for several reasons, often through local machinations as well as the complacency of international companies. But the internet is a huge light, a force that enables every person on the continent to develop themselves.

To illustrate this point, simply ask him about technology skill shortages in Africa. He scoffs at the notion, instead pointing out that there are many capable and intelligent people in Africa trained in technology. What they lack is experience and it is part of his vision to create those opportunities.

But why data centres? Stephane considers these to be the centre of the digital world. The internet is essentially a collection of independent networks, interconnected to move content towards whoever needs it. At this level, carrier-neutral data centres are the crossroads, the roundabouts of the connected world. Just as a shop thrives if it has a good location, data centres are often the best digital real estate which others want to be close to. If a region has good data centre ecosystems, it has more than a shot at digital glory.

Stephane Duproz will be speaking on the following topic:

The benefits of colocation in Africa

The colocation data centre market in Africa is on the brink of explosive growth, driven by greater access to broadband, a population that is hungry to go online and consume digital services, a rising demand for cloud, and an increasingly stringent regulatory environment that wants African data sovereignty.

During his presentation, Stephane Duproz, CEO of Africa Data Centres will discuss how carrier-neutral colocation providers give businesses access to a wider variety of public and private telecom services to meet their unique requirements. He will also cover how the likely impact of increased load-shedding in SA will drive an increase in the number of customers seeking colocation in these data centres, to mitigate the business risk of power failures at other corporate sites and lower-performance data centres.