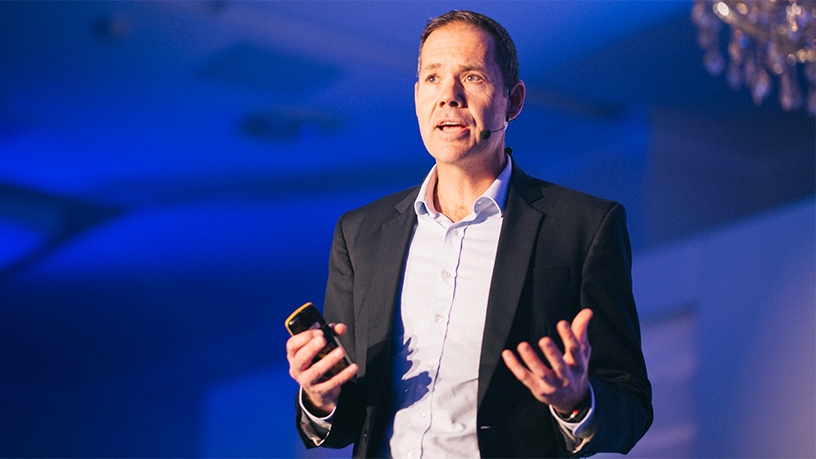 Contrary to what some industry commentators would have the ICT industry believe, the channel is starting to shift its focus to the cloud and trying to get to grips with the new business and pricing models.

This is one of the key findings from The Margin's 2018 Channel Survey, revealed at a banquet held in Sandton last night.

The survey, conducted online during August by The Margin magazine and ITWeb, in association with Axiz, Dell EMC and Microsoft, aimed to track the key trends and issues of the local IT channel.

The highlights were presented by radio personality Aki Anastasiou, The Margin contributor and presenter of Technobyte on 702.

Some 71% of respondents said cloud was the hottest tech trend, with its attendant software, infrastructure and platform-as-a-service models. This was followed by security (61%), the Internet of things (38%), networking (35%), and software and application development (34%). 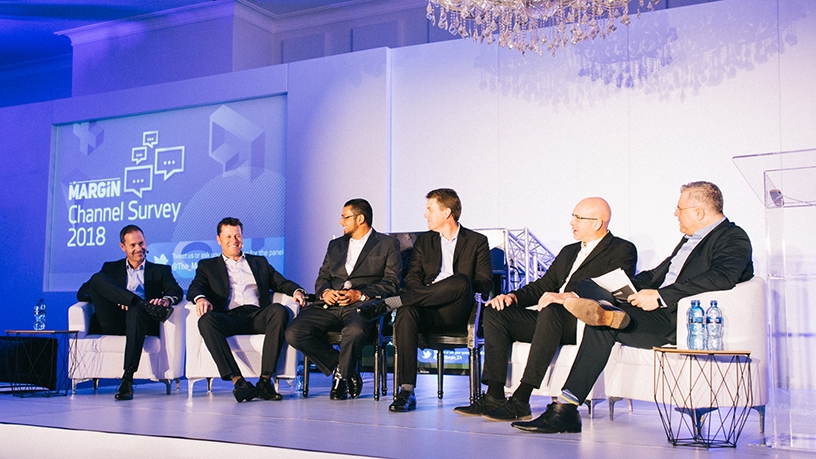 The cloud also brings new pricing models: half the respondents said they had ‘to some extent' made the shift from once-off purchase revenue models to a recurring income stream, while 26% have not made any move into this area.

Asked about their focus today compared to that of five years hence, there was expected to be a significant shift away from hardware, with 72% saying it was a business focus today, but the figure dropped to 53% in 2023. There was also an expected tail off in software focus, dropping from 81% today to 74%. The one area where respondents said they expected to increase their focus going forward was providing services, moving from 83% today to 91% in five years.

While these are all positive signs, the majority of respondents (54%) think that when it comes to digital transformation, the channel is struggling to find ‘suitable business models'. 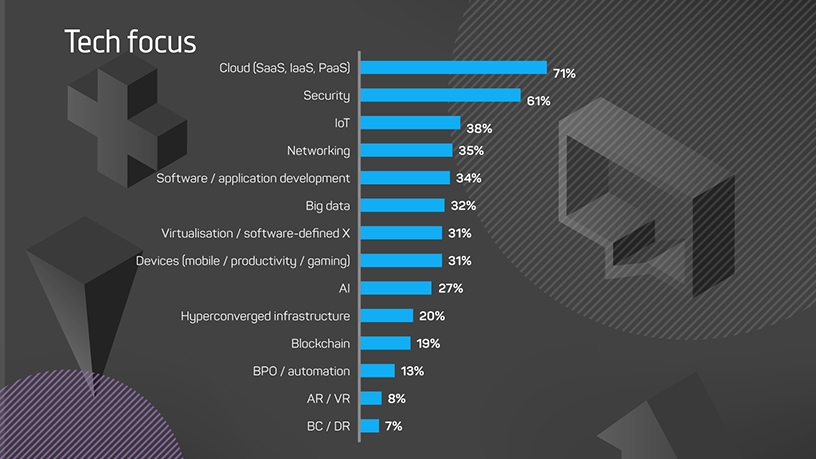 However, in his welcome address, Craig Brunsden, MD of Axiz, said the local channel players are under pressure from vendors to digitise and evolve the way they do business.

The survey also found that work needs to be done in digitalising the front-end (sales, marketing, customer experience), according to 49% of respondents, while 37% said they needed to concentrate on back-end processes, such as logistics and accounting.

Asked about the impact of artificial intelligence and blockchain on the channel over the next three to five years, respondents identify them both as leading to new models and opportunities. When contrasted with the channel's ongoing struggle to find suitable business models for digital transformation, it remains to be seen if they are going to harness the newer, nascent technologies.

Brad Pulford, channel and distribution lead at Dell EMC SA, noted that 90% of Dell EMC's business comes through channel. He stressed the need for every player in the ecosystem to innovate and "out-innovate" the competition. 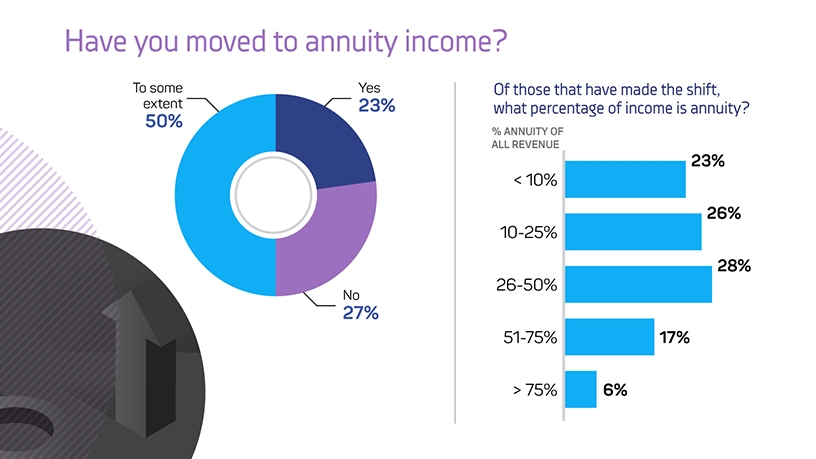 He said Dell EMC's R&D budget was $12.7 billion over the past three years and will be $4.5 billion a year going forward.

When asked about the biggest threats to the channel, almost half (46%) said they were concerned about dwindling demand for technology in the local market, coupled with the country's dire economic growth. This is borne out by longer refresh cycles, as more companies stretch the lifespan of their technology assets. 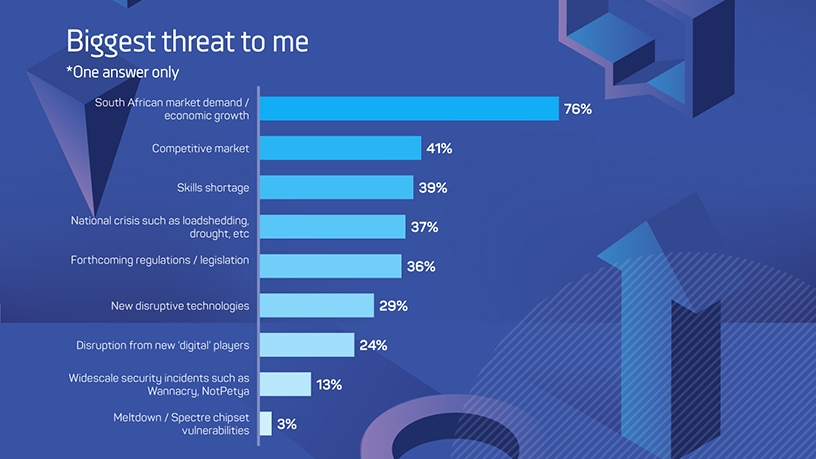 Asked what they find most attractive when looking for a new upstream or downstream partner in the channel, the answer varied depending on whom you ask. Vendors and front-line resellers agree pricing is the top trait, while distributors are most concerned with vision and tech roadmap when considering working with a new vendor, and market focus and client base (66%) and the focus on the business model and innovation (61%) came top when considering new reseller partners. Pricing (59%) was seen as less important for distributors.

With regards to black empowerment and transformation, it's a mixed picture, with roughly a third of respondents saying they're doing their bit, while another third said it was a broader issue than the channel could deal with on its own. 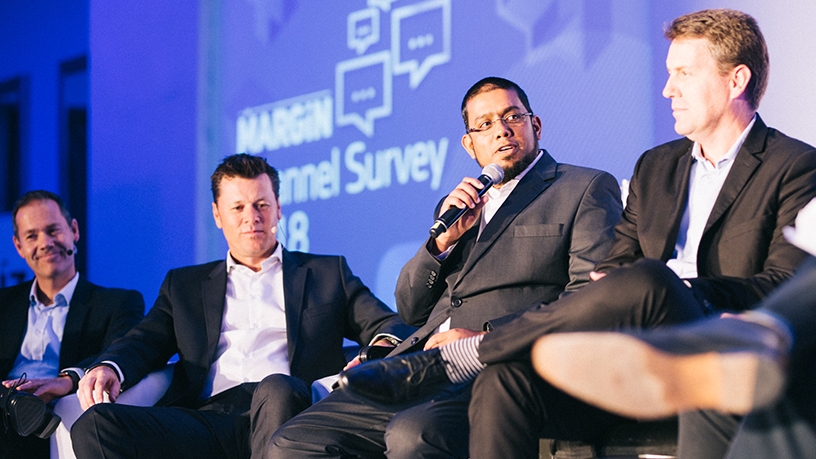 Some 24%, on the other hand, think the channel is contributing to transformation. Overall, only 6% admitted they weren't doing enough, with a further 6% saying the wider channel wasn't doing enough.

However, during a panel discussion led by Brunsden, participants commented that the respondents expressed ‘wishful thinking' rather than the real state of BEE transformation in the channel, stating that while there has been progress, a lot remains to be done.