Ethics, robotics and AI: Where do the three meet? 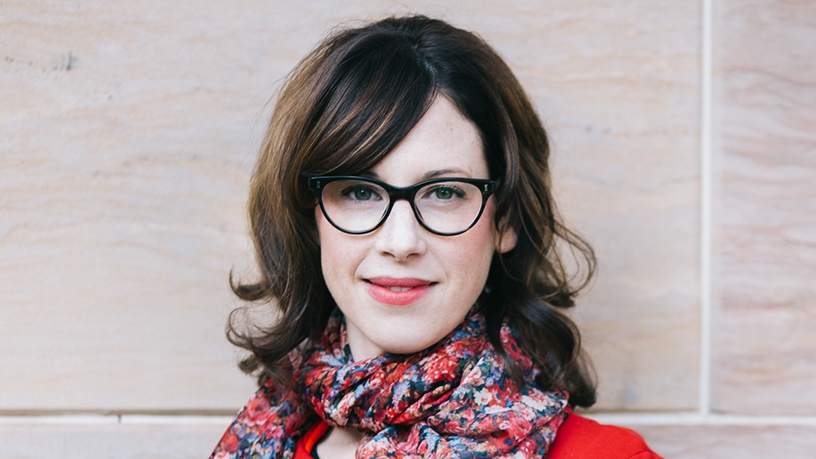 Dr Aimee van Wynsberghe: It's vital that ethicists are included in design teams.

How will robotics and artificial intelligence shape the future of humanity?

A person better placed than many to answer, and who is, in fact, paid to research this very subject is Dr Aimee van Wynsberghe, the co-director and president of the Foundation for Responsible Robotics in The Hague.

Delivering the keynote address at ITWeb's Artificial Intelligence conference in Johannesburg on Wednesday, Van Wynsberghe said she believed that it was important that an ethicist be included in the designing process of technology from the beginning, and not brought in at the very end.

"Instead of seeing ethics as something that slows down or stifles innovation, I want to change the conversation to one where we use ethics to inspire innovation."

Van Wynsberghe is also an assistant professor of ethics and technology, with a specialisation in the ethical issues related to robotics and artificial intelligence, at the Delft University of Technology in the Netherlands. She is now exploring how ethical issues relate to service robots, such as delivery robots, robots used in humanitarian settings, as well as sex robots.

Van Wynsberghe comes from a science background (she started off in cell biology) and recounted how she was working at a company called CSTAR (Canadian Surgical Technologies and Advanced Robotics) in the early 2000s. Here, she was part of a team training surgeons on a telesurgical system for long-distance, remote robotic surgery.

It was around this time that it occurred to her that surgical practice was evolving: indeed, the surgeon is no longer even touching the patient, or even near them.

"I started asking the surgeons, ‘What do you think? How does this feel? What do you think it's going to do for medicine?' There wasn't much discussion happening," she recalls.

"This was the early 2000s. Robotics didn't exist at the time. I thought that these technologies are not only going to revolutionise the way we engage with other people, but also the way we skill ourselves."

Starting off in science, and then shifting to ethics, has given her a unique view: "I'm trying to make ethics something that is useable for the engineers. I'm also trying to bring the engineers into the conversation that the ethicists are having."

She also began to notice that after presenting papers on robotics and AI, or publishing articles in journals, while there was some initial discussion, the conversation quickly died down again. This prompted her, along with UK computer scientist Noel Sharkey, to found the Foundation for Responsible Robotics. It's a non-profit and brings academics and industry players together with policy-makers. It also aims to educate the public about robotics and AI. She says it produced a consultation report on sex robots: "It wasn't trying to sensationalise it, but just trying to talk to the public and say, ‘This technology is coming, what do we want to do about it?'"

This, in part, is about a larger discussion about having intimate or companionable relationships with robotics.

"Will there be an impact? Should we be obliged to treat robots in a certain way? Some people are actually talking about whether robots should have rights. And once they get to a certain level of capabilities or once they look a certain way, should we be having a conversation about whether or not robots are deserving of freedoms and protections and rights?"

Van Wynsberghe says it's vital that ethicists are included in design teams, or as she says, ‘ethicist as designer'.

"That's really difficult work, and I'm not saying it's the job of every engineer to be thinking in that way. I think that's the job of the ethicist, but we need to have the two of them working together, because the ethicist is the one who understands the multiple articulations and conceptualisations of what responsibility actually is.

"The ethicist is not only engaging in this conversation about values, but working together with the engineer to understand how we take these values and translate them into actual capabilities of the robot or the specifics of the algorithm. It's about uncovering, translating and making sense of it all."

#ITWEBAI2018 Don't miss the 2 controversial panel discussions at ITWeb Artificial Intelligence Indaba 2018 on AI: Good, Bad, Fad? and On the road to AI – how do you get there - Click here to register: https://t.co/9WGxnMGchY